How about maing some colorful origami frogs that can jump? Just follow this simple tutorial and you are ready to go!

This origami for kids project is fairly simple to make and kids will have lots of fun playing with these once they are done! 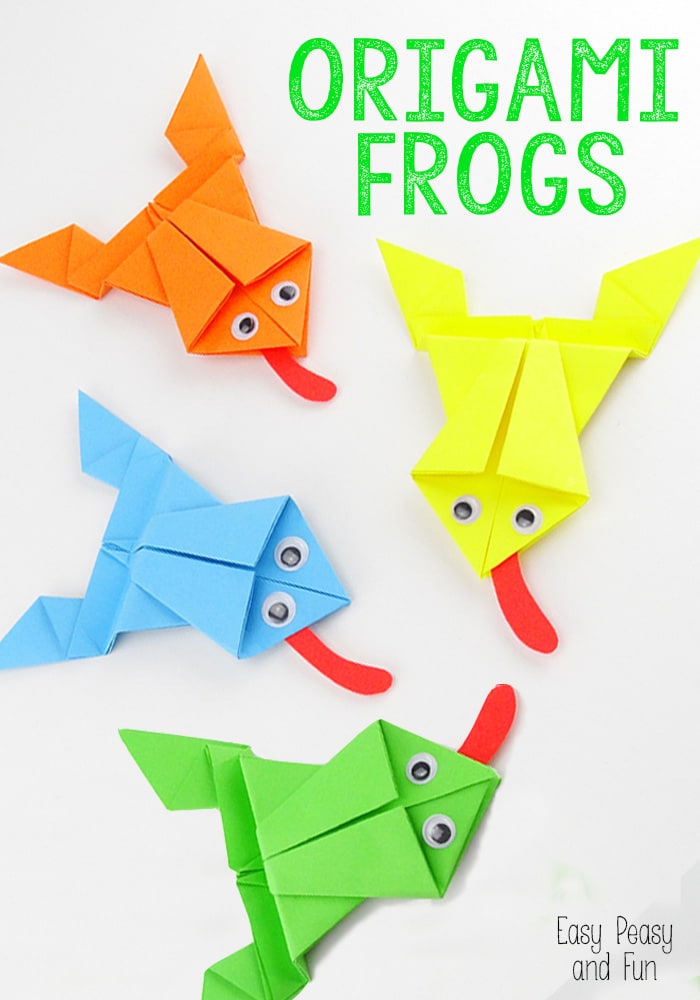 How to make an origami frog tutorial 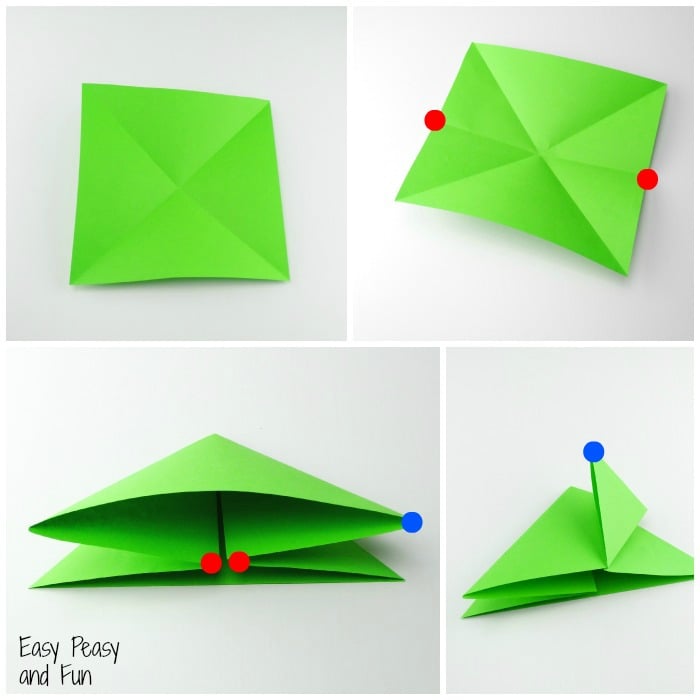 Start by folding the paper diagonally (both diagonals). Unfold and fold to half. Unfold.

Next is a somewhat tricky part for young soon to be origami masters – you have to fold the parts that are marked with red dots on the picture above towards the center – getting them in the position showed in the photo above (you’ll get a triangle shape). 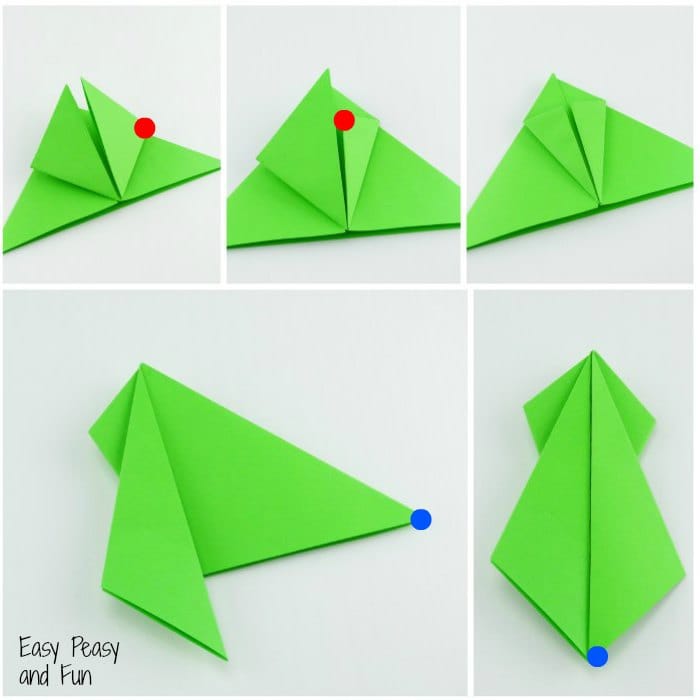 You should now have the shape displayed on the first picture above. Fold the right corner of the newly shaped square (marked with the red dot) towards the center of the square. Do the same with the other corner.

Flip the frog. We have a triangle again (sorry no picture of that one). Grab the corner of the triangle (marked with the blue dot) and fold it inwards as shown on the picture above. Do the same with the other corner. 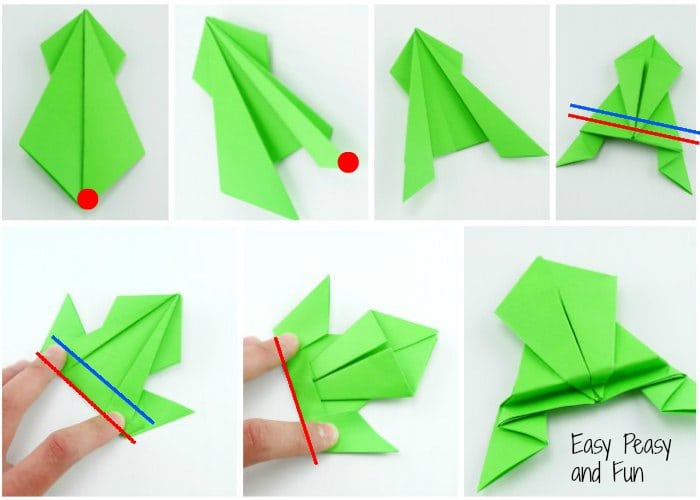 Grab the spot that’s marked with the red spot on the image above and fold it outwards. Do the same with the other side. Flip it over – it’s slowly starting to look like a frog isn’t it?

Last part is a bit tricky but if you want to make your frog jump it’s a must. You’ll have to fold the back of the frog twice on places indicated with the blue and red line.

Position the frog as it’s shown on the 4th image (above) and fold it backwards along the red line (you can help yourself with the ruler or a credit card etc…). It will now look like the image number 4 (and 5 if you flip it). Now fold the frog along the blue line (fold it forwards). 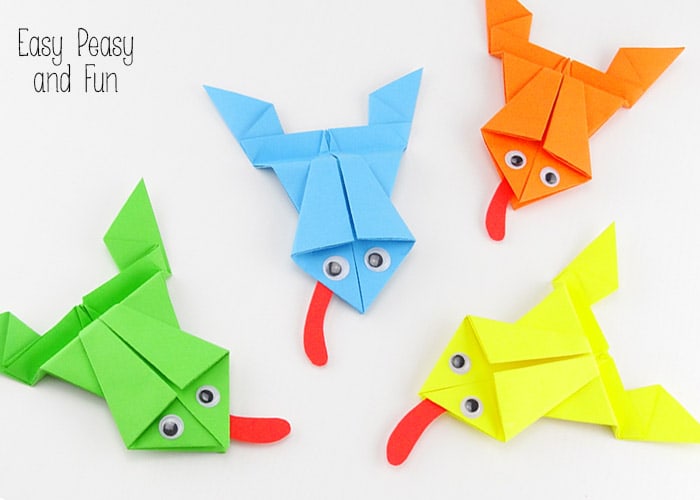 To make these frogs even cuter be sure to glue on some googly eyes and stick a tongue in their mouths!
If you press the back part of the frog they will jump! 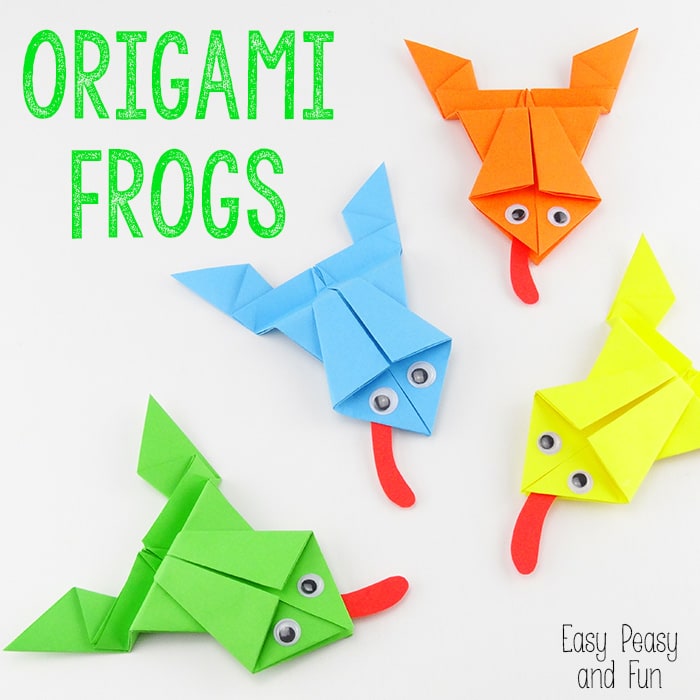 Next Post
40 Tutorials On How To Origami A Zoo