An easy origami spider is the best Halloween class party back up plan…..I will be honest I really hated doing that until I learned you can make 3 stations get 3 moms to run the stations and never have to do anything besides coordinate the moms.  At that point I was willing to organize any Halloween class party.  I always brought a Halloween origami back up plan for that flaky mom I didn’t know volunteered or that the class has a no dairy in the room rule that I didn’t know about (bye, bye cupcake decorating station).

Origami is a great back up plan because it will only require paper.  Most of the kids like having something to do with their hands (trust me Bingo isn’t that fun).  The teacher thinks you are supporting math learning.  And lastly, I like origami so I was willing to run that activity station. 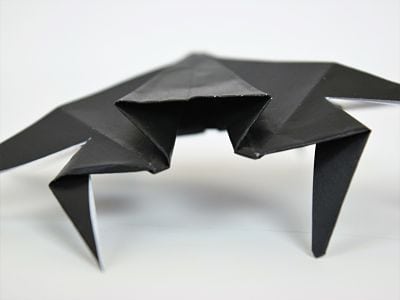 This easy to fold spider origami does require scissors, so it’s technically kirigami.  But it’s fun to make and you can even try jumpking it by tapping the back end of the spider and make it jump.  It’s not very directed in the jumping and the “spider races”  didn’t work out, but the kids do have fun with the assignment to make it jump a desk crack in one try etc. 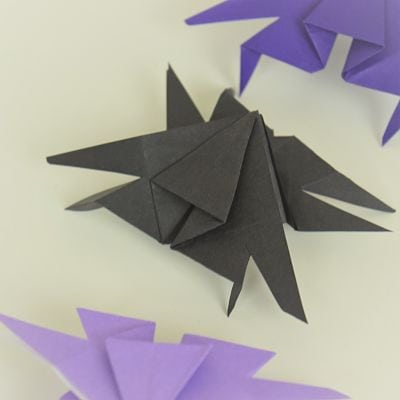 f you want to create a whole Halloween origami station that has several options you can either check out our Halloween Origami Pinterest Board or check our other origami tutorials for the season.

And cause I know you all want to know what the kitty has been up to here she is: 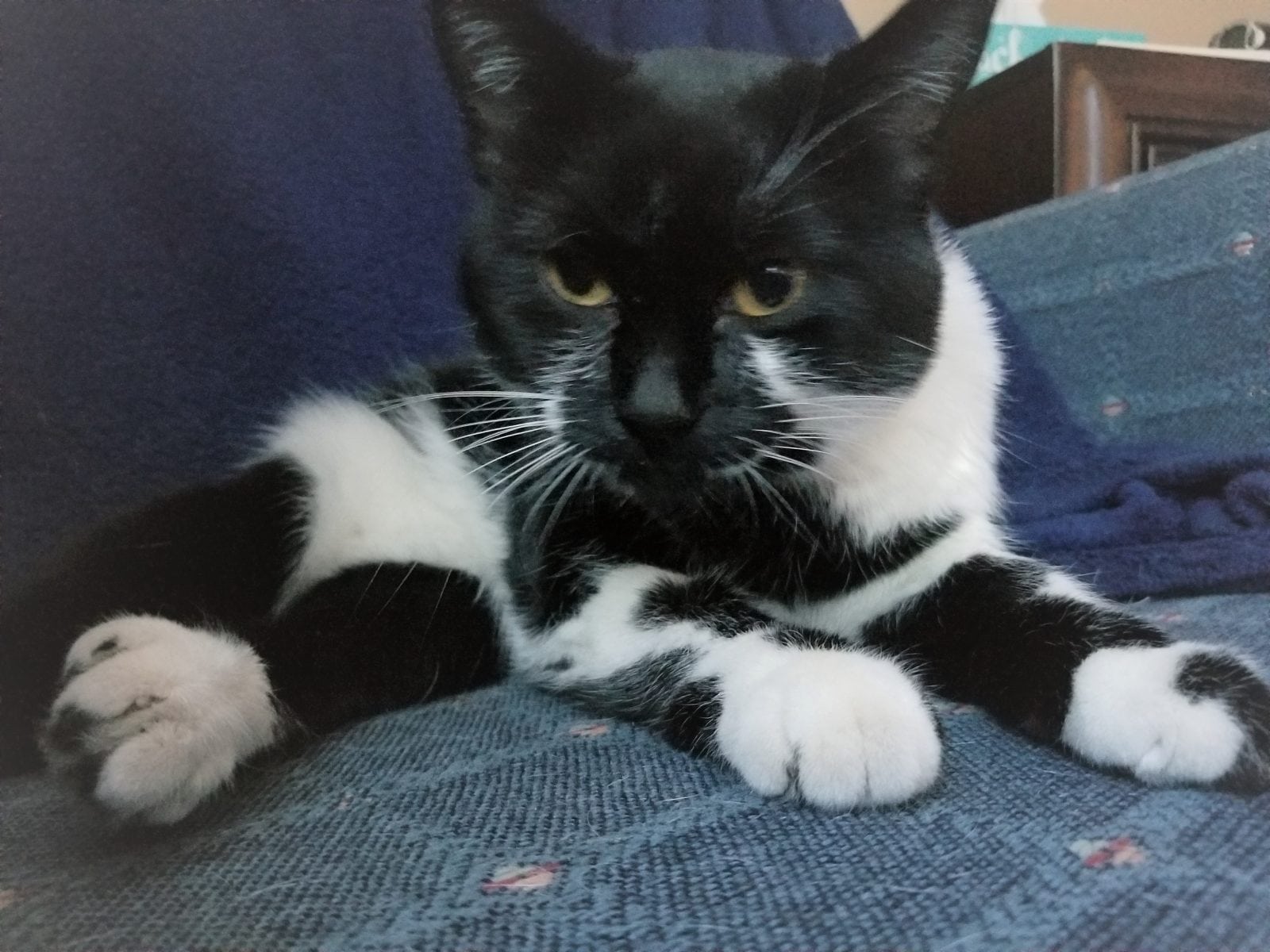 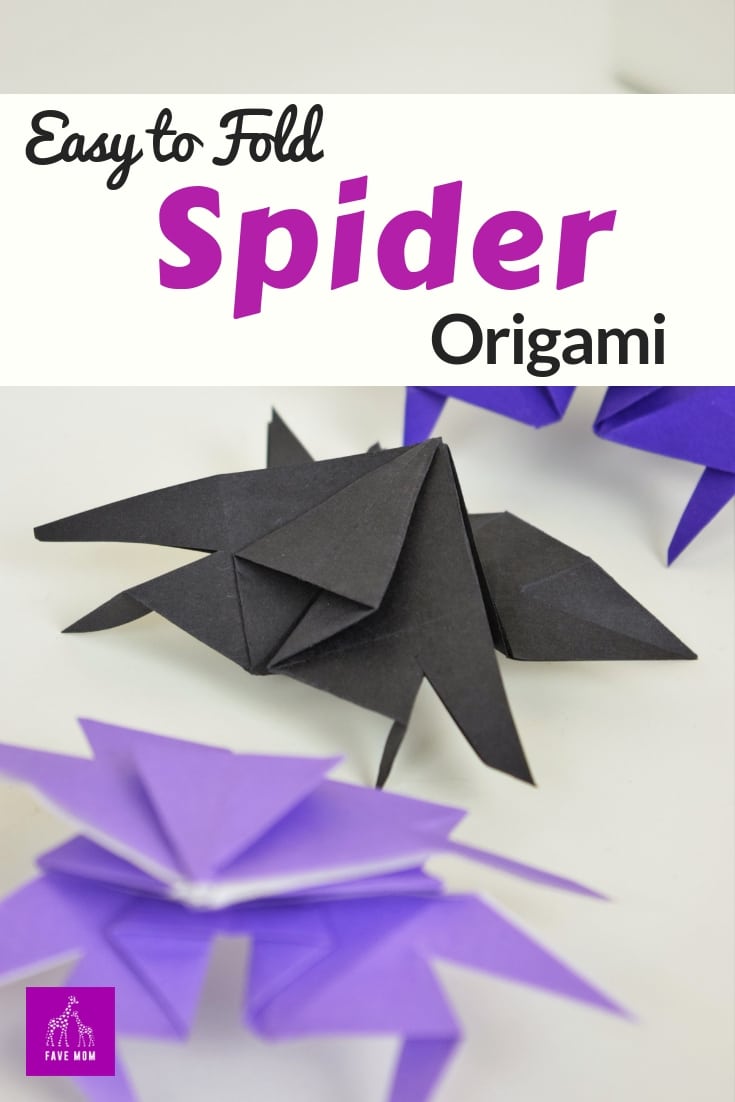